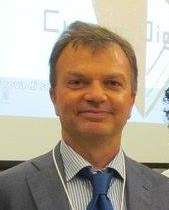 The role of emotions in the social programmer ecosystem
The project aims at leveraging machine learning and natural language processing to mine developers’ emotions from communication traces in the social coding platforms. Contributions include:

Knowledge sharing in Q&A sites
The success of community-based question-and-answer (Q&A) sites depends mainly on the will of their members to answer others’ questions. We investigate how information seekers can increase the chance of getting help by focusing on actionable factors. Contributions include:

Success factors in online creative communities
We aim to identify the fundamental resemblances and differences between open source software (OSS) communities and creative arts communities, building a better user experience and cohesion within the community that could lead to better artifacts. Contributions include scrapers and datasets from songwriting online communities.

Sensor-based emotion detection
Emotion recognition from biometrics is relevant to a wide range of application domains. Existing approaches usually adopt multi-electrodes sensors that could be expensive or uncomfortable to be used in real-life situations. We investigate whether we can reliably recognize high vs. low emotional valence and arousal by relying on noninvasive low-cost EEG, EMG, and GSR sensors. A relevant scenario is the software engineering workplace.

Software Engineering for Artificial Intelligence
Artificial Intelligence (AI) has been extensively applied in Software Engineering (SE) research by addressing SE challenges as Machine Learning (ML) problems: defect prediction, effort estimation, test case generation, user feedback, requirements prioritization.
The opposite, SE for ML/AI, is emerging as a research trend to address the need of strenghtening the collaboration among software engineers and data scientist with the aim to build scalable models for AI-enabled systems, starting from prototype models developed by data scientists.

EmoQuest: Investigating the Role of Emotions in Online Question & Answer Sites
The project is funded by the Ministry of Education, Universities and Research (MIUR) under the program Scientific Independence of young Researchers (SIR).

OpEnUp: Open up entrepreneurship
Funded in the framework of the Erasmus+, Key Action 2 Strategic Partnerships. The project aims at implementing an Open E-Module and Laboratory for cultivating entrepreneurship mindset and economic thinking in the digital world.

Computer-mediated communication in global software engineering
In partnership with Daniela Damian, University of Victoria, Canada.
We had the opportunity to run contolled experiments based on IBIS (closed down) – Internet Based Inspection System – a web-based tool that aims to support geographically dispersed inspection teams. Based on findings from empirical studies of software inspections, the IBIS tool adopts a reengineered inspection process to minimize synchronous activities and coordination problems.

METAMORPHOS: MEthods and Tools for migrAting software systeMs towards web and service Oriented aRchitectures: exPerimental evaluation, usability, and tecHnOlogy tranSfer
A national research project with the goal ito facilitate industry in the selection and the adoption of reverse engineering and reengineering techniques and tools that support migration towards the Web and towards wireless environments. In partnership with Università degli Studi di Salerno, Università degli Studi del Sannio, and Politecnico di Torino. We focused specifically on inspection techniques for assessing the quality of migrated information systems.
Funded by the MIUR under the PRIN programme.

Penelope Application Framework
A storytest-driven application framework for Eclipse RCP applications/plugins. The framework is named Penelope because of its ability to weave parts together, thanks to the usage of aspect-oriented programming which makes it possible to remove the dependency between the client and the container.
The project has got the IBM Faculty Award in the 2008 competition.

eConference over ECF
eConference is a text-conferencing tool whose aim is to support ad hoc distributed teams that need to collaborate remotely. The extension based on the Eclipse Communication Framework (ECF) got the IBM Eclipse Innovation Award in the 2006 competition. As of ver. 4, eConference also supports audio-based conferencing through Skype. We also developed a number of plugins::
eConference MT (closed down) enables real-time machine translation of text messages exchanged during 1-1 or 1-M communication;
eConference3P (closed down) is an eConference extension created for a distributed agile development team that wants to use Planning Poker for User Stories estimation.
eConference AP (closed down) is a card-based planning tool for co-located & distributed agile teams. It is best used together with eConference3P, in order to visually edit user stories to be estimated.

Environmental Information Broker
Development of an information broker to provide a seamless and integrated access to heterogeneous databases, which contain hydro-meteorological and cartographic information of Italy, ensuring, at the same time, the existing legacy applications that operates on them to continue operating autonomously, without undergoing any sort of modification.
In partnership with ISPRA: National Institute for the Protection and Environmental Research (ex APAT).

Critical factors for the individual analysis of software artifacts
In partnership with Marcus Ciolkowski, University of Kaiserslautern, and Christian Denger, Fraunhofer IESE, Germany

This website uses cookies to improve your experience while you navigate through the website. Out of these, the cookies that are categorized as necessary are stored on your browser as they are essential for the working of basic functionalities of the website. We also use third-party cookies that help us analyze and understand how you use this website. These cookies will be stored in your browser only with your consent. You also have the option to opt-out of these cookies. But opting out of some of these cookies may affect your browsing experience.
Necessario Sempre abilitato

Any cookies that may not be particularly necessary for the website to function and is used specifically to collect user personal data via analytics, ads, other embedded contents are termed as non-necessary cookies. It is mandatory to procure user consent prior to running these cookies on your website.